Want one of Desdamona’s “irapLikeagirl” tees? Well it’s your lucky day!
These tees are available for $25.00. Proceeds are donated to the Too Big For My Skin campaign!

(Be sure to include which size you would like!)

EXTRA! EXTRA! Desdamona and Carnage (Ill Chemistry) are now recording music for an upcoming project!  This project is to be released in France on French-label Hope Street/NATO Music. Desdamona has done previous work with Hope Street/NATO Music and was featured on Ursus Minor’s October release and toured France with the group. Check out this linkfor streaming and more details.  This project is also available on iTunes! 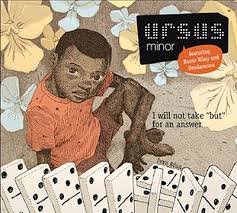 More news and updates coming soon!  Thanks for stopping by!